A tale of an old Aurelian

Most of the British Papilio machaon brittannicus specimens in today's collections either come from the Norfolk Broads or Wicken Fen in Cambridgeshire, where in the latter locality it is now extinct. To collect P. machaon some early 19th century entomologists visited the fenland surrounding Whittlesea Mere in the historic county of Huntingdonshire. That county has vanished from today's map, along with the Swallowtail butterflies that once inhabited its drained fenland district. Specimens from the fenland of Whittlesea Mere are rare in private collections, those that have survived are kept in a few museums. As rare as these specimens are, just as rare are personal accounts of butterfly collecting in the lost fenland of Whittlesea Mere. So it was a nice surprise to come across an article in the Entomologist (1883) by a certain Octogenarian  entitled 'Entomological reminiscences'. The Octogenarian was Henry J Harding (c1803 -?) who was eighty in 1883.  Harding had originally called his reminiscences ' Recollections of Entomology and Entomologists Sixty years ago'. In a recently discovered entomological journal by James William Bond (1803–1887) he gives the year of Harding's visit to Whittlesea Mere in search of P . machaon as 1826.

Harding's notes in the Entomologist include a delightful account of his visit to Whittlesea Mere in search of P. machaon. Harding, then a young man, heard that Whittlesea Mere was a good locality for P. machaon. There were few books on entomology and being expensive they were not available to most collectors. Harding set off on his adventure on foot with no map and really no idea how he would reach Whittlesea Mere. On his return home, he would have to walk the eighty miles back to London.

Harding writes "During those early days I was shown Papilio machaon and all my thoughts were to collect some. I was told the nearest place at which they were procurable was Whittlesea Mere and I started on the Saturday afternoon with a great box. When I got ten miles from the east of London, I began to enquire if I was right for Whittlesea Mere, and was surprised to find that no one could tell me ; and it was not until I overtook a waggoner that I learned that it was somewhere in the Isle of Ely. I rode his wagon all night, and in the morning he called me and said that he must turn off to Cambridge, and I must keep straight on; and it was afternoon when I reached Whittlesea. Great was my surprise to find a village; and as I could find no  Swallowtails  there, I began to enquire if any butterfly- catchers stayed there. They said there was one some time ago, but could not inform me where he lodged, and what was still more discomforting, they could not tell me where to find a bed. However, I was fortunate enough to find one at the Ferry house about two miles over the marshes, and felt very thankful after my long journey."

" The next morning I inquired of the children if they knew what a Swallowtail butterfly was, and I heard with joy that they not only knew it, but that there were lots about there. Alright alright I thought this is the place for me. "There goes one on the other side of the river" Where is it I cried, " there" said they, and it was the feelings of great disappointment that I beheld a common Tortoiseshell. No P. machaon did I see that day, but at dusk I took several things, among them two *nonagrias. Not bad things, and if I had known what they were I should have taken more. When the man of the house came home he told me that he could tell me where the butterfly man stopped, and he would direct me in the morning. After breakfast he told me that I was to go to a place called Home, then across seven fields to Yaxley. Off I went in good spirits and got there by noon, and found the house, and enquired if any fly catchers stopped there. "Oh yes" *Mr Chant and *Mr Bentley had stayed there.  All right I thinks to myself and after dinner I went out and was overjoyed to see P. machaon flying gaily over the reeds, but I could not catch them as they were out of reach. However, the next day I had them in a turnip field, and it was a splendid sight to see them flitting over the turnip blossom. I stayed a fortnight and then walked home, nearly eighty miles, well content with my captures." * Nonagria typhae of the Noctuidae family. * The entomologists William Bentley (1789-1859) and John Chant ( b? - d 1867) had visited Whittlesea Mere in 1824.

A charming early account of Swallowtail collecting at Whittlesea Mere. Harding's story shows he did not even know the exact habitat which to search and it was only through the kindness of the local people that he found his quarry. Having stayed a fortnight and having found a good collecting site where the Swallowtails were coming out of the reed beds to visit the blossom of the turnip fields, it might suggest Harding great box was full and he had other plans a foot for his captures than just placing a series in his own collection. Later Harding became a well-known entomologist and a professional collector. 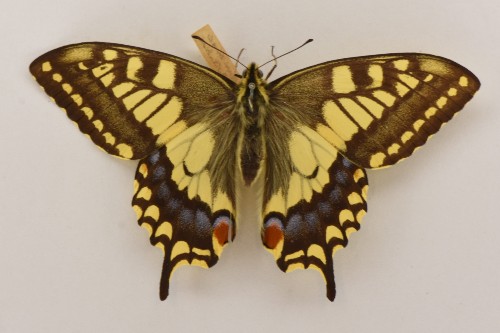 Figure 1. A female Papilio machaon collected by Benjamin Standish at Yaxley Fen, Whittlesea Mere, 7 August 1820. Standish, a london professional collector was one of the first entomologists to explore the fenland of Whittlesea Mere for insects. 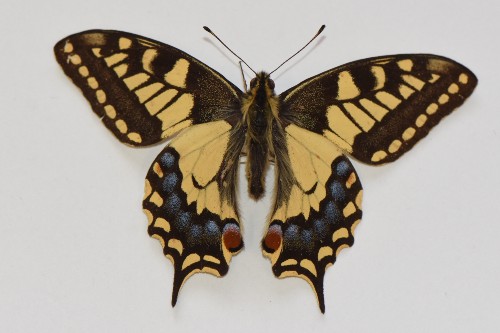 Back to the blog menu.