The hoax of Maculinea arion presence in the island of Rum, Britain.

We all know that some unscrupulous dealers and even some collectors have falsified their localities and data, usually for monetary gain, but the following story of a prominent professor is remarkable. He really was the Piltdown Man of Entomology and Botany. (The Piltdown Man was the greatest hoax in the history of science, when a supposed skull was found of the evolutionary missing link between an ape and human in England )

The Island of Rum in the Inner Hebrides lies off the west coast of Scotland. Today, Rum is a National Nature Reserve comprising of lowland grasslands with a mountainous interior. In the late 1930s and 1940s, Rum was a privately owned island and closed to all outsiders. During that period only a professor of botany , John William Heslop Harrison (1887-1967) and his teams of research students were allowed to enter and stay on the island. Heslop Harrison was the distinguished Professor of Botany at Durham (Newcastle) University. The professor's botanical and entomological discoveries on the island, would at first surprise and later send his peers in London and Cambridge into a silent fury. 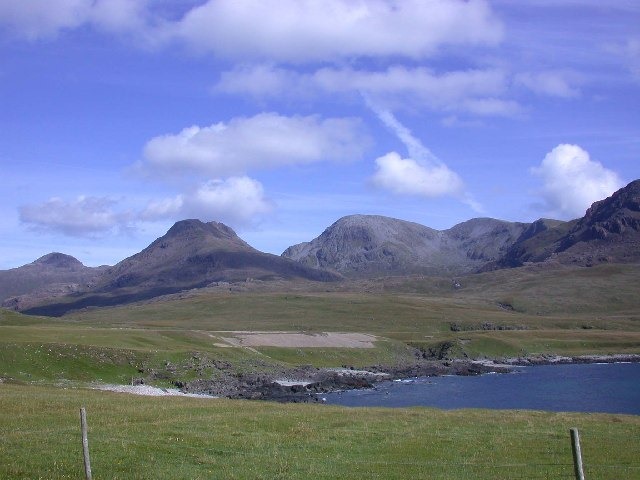 Figure 1 : The island of Rum

One of the professor's most astounding discoveries on the Island of Rum, concerned Maculinea arion. No other discovery could have caused more surprise among the top British lepidopterists at that time. The northern most limit of Maculinea arion distribution, had been the extinct colony at Barnwell Wold, Northamptonshire in the Midlands of England . Now in 1938, the news had spread through the astonished entomological community that Professor John Heslop Harrison had found the Large Blue- M. arion on the coastal grasslands of a Scottish Island. 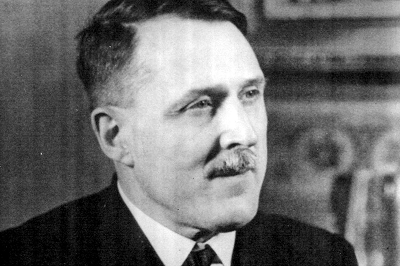 On the 28th July 1938, Professor Heslop Harrison wrote to the entomologist H.D. Eldesten from Rum. In the professor's letter was an account of the lepidoptera that he observed on the island during his expedition that year with the postscript " The most extraordinary thing here is Lycaena arion, we have seen two but did not capture them."

The professor then submitted an article to N.D. Riley, the well known lepidoptera expert at the British Museum of Natural History for publication in the journal the ' Entomologist'. Heslop Harrison's article concerned the Rhopalocera of the Inner Hebrides including Rum. The article included a reference to the supposed sighting of M. arion on Rum. The wise Riley asked the professor to remove the record of M. arion. He wrote to Professor Heslop Harrison that if the butterfly did occur there, " there would be a stampede of collectors to get it ".

Dr John Lorne Campbell lived on the neighbouring island of Canna and was especially interested in the lepidoptera of the Inner Hebrides. Campbell, was surprised and doubtful of the sighting of M. arion by the professor on Rum. In the Autumn of 1945, Campbell went to Oxford to recuperate from ill health and while he was staying there, he went to visit a fellow entomologist, David Parsons. Parsons showed Campbell a specimen of M. arion that Professor Heslop Harrison had said he had captured on Rum and had given to him. Campbell expressed skepticism, the specimen looked old and dry and had no data label. He mentioned to Parson that the possibility of M. arion being found in the Hebrides seemed a remote one. Parsons later visited the locality on Rum where the professor had told him he had made the capture of M. arion, but there was no sightings of the butterfly. Campbell never forgot the professor's supposed discovery, many years later he contacted Parsons again for more information. Parsons found the accompanying letter that the professor had sent him with the specimen of M. arion in 1943 . The professor had stated that he had indeed captured three, one of which was sent to the Oxford Museum, on enquiry they knew nothing about a Rum Large Blue. Later Campbell asked Parsons if he still had the Professor's Large Blue specimen, he said he had thought he had given it to E.B.Ford at Oxford. Ford later said he knew nothing about Parson's specimen. The Professor had said a third specimen was in the possession of a friend in Northern England. Campbell wrote a detailed article with all the facts in the ' Entomologists Record and Journal of variation' Vol 87 1975, " On the Rumoured Presence of the Large Blue in the Inner Hebrides "

At the same time that Professor Heslop Harrison had said he was had found the Large Blue, he was also finding a number of unrecorded water beetles from the Island, that should not have occurred there. Even more outstanding, he claimed to have found rare plants, that just like the Large Blue, occurred in Cornwall in Southern England. From the high hills of Rum the professor was sending new records for a number of rare Alpine plants including several species new to Britain. The botanical community was in uproar, some initially praising these apparently wonderful finds, while others had already guessed there was much more to the professor than meets the eye . The more the top botanists and entomologists began questioning his ever increasing outlandish discoveries, even greater ones were presented to them by the professor.

The professor's greatest adversity at this time, was Alfred Wilmott, keeper of the British herbarium at the B.M.N.H.. In one exchange of letters Wilmott questioned the discovery of Maculinea arion on Rum, Professor Heslop Harrison reply was terse, " in case you cherish the famous Large Blue yarn, let me tell you the captures have been made in the presence of well-known people not connected with us and that such specimens were placed in safe hands." Well, the Oxford University Museum did not receive one, Parson did and apparently also one of Heslop's friends had the other. The question remains , why did the professor not keep such valuable specimens of Maculinea arion with proper data that came from an isolated island population, that surely would have represented a major new subspecies for Britain. When a surviving part of the professor's collection, that had been given to another friend in a rather bad state with pests , it was much later found to contain old specimens of M. arion from the Cotswolds and Cornwall.

The botanical community including Wilmott had, had enough, they sent a young Cambridge Don, a botany field expert John Raven , to infiltrate the island as a novice student. An account of what happened has been published in the excellent book the ' Rum Affair ' by Karl Sabbagh (1999) . In 1949 John Raven did publish an open letter to the journal ' Nature ' stating why the rare Alpines and Cornish plants that had been discovered by the professor were not native to the island of Rum and suggested they were planted and perhaps that John Heslop Harrison had been open to practical jokes by his students. The implications were there however, in Raven's letter, that the very distinguished Professor Heslop Harrison was faking his results and was committing serious academic fraud. For reasons that it is hard to understand today, no one at that time was prepared to stand up and call Professor Heslop Harrison a liar and a fraudster. Raven in reality, knew that the professor was planting, then re-finding his own rare plants on Rum later when other botanists were present and also faking his entomological discoveries. Raven wrote a long report of his true findings for the botanical committee that had sent him to Rum. Raven's report was then placed in a sealed file and deposited in the library of King's College, Cambridge with a note " not to be opened in Professor John Heslop Harrisons lifetime ". After Ravens death in 1980, it was opened and read by the fellow Cambridge Kingsman Sabbagh and the report formed the basis for his book the ' Rum Affair '.

So why did the professor claim to have found the Large Blue, rare water beetles and new Alpine plants and others on Rum. Certainly his reputation would be greatly enhanced by his discoveries but that was not the main reason. It seems that the professor believed that the distribution and insects throughout the Hebrides proved that some forms of life had survived during the 1.7 million years that Scotland was covered in ice. To establish his theory, Heslop Harrison needed proof of unusual plant and insect species on Rum to show than certain areas of the Hebrides were in fact ice free during the whole period of the ice age. The species he supposedly found had remained there all that time and had not recolonized the island. Thus his academic fraud, as the Island was closed except to him, he made the fatal mistake of thinking because of his high reputation he remained untouchable. ( he had earlier genuinely found a new colony of a known Scottish rare Arctic/ Alpine plant on Rum and several interesting insects in the Hebridean Islands). Professor Heslop Harrison's knowledge of northern insects and plants was said to be Legendary. Students remembered the professor could be kind and helpful in the field. However, the Professor did not take kindly to any criticism and could be dogmatic and believed he was always right.

Go back to the entomological blog menu.