How much is a woolly rhinoceros skull worth ? 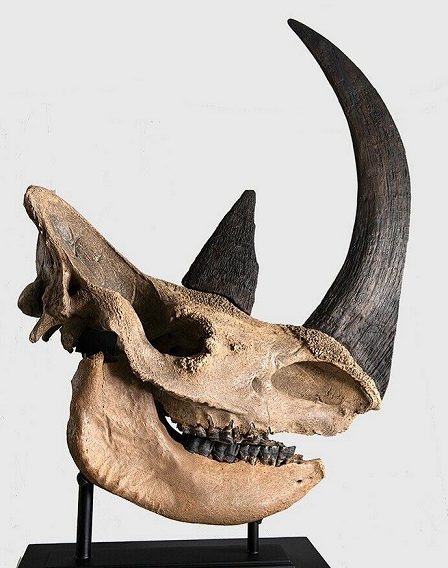 A wonderful example of a Woolly Rhinoceros skull

A selection of woolly rhinoceros fossils for collectors

As written above, a Coelodonta antiquitatis skull is a masterpiece in any fossil collection and a splendid home decoration. It is not an affordable fossil so we also list some more common woolly rhino fossils in the bottom of our selection.

Woolly rhinoceros lower jaw bone mandible are often available on this page. Woolly rhino jaws are very impressive fossils for their size and weight. They can be found around $1,000.

The woolly rhinoceros was very hairy and his hair has easily fossilized in very cold parts of the globe like Alaska or Siberia. Woolly rhino hair is an interesting fossil and can be found without spending too much in the lower part of our selection.

So if you are looking for a mammoth fossil, you are on the right place to find it !